How do you handle that many tunes? 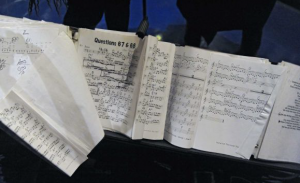 Anyone who plays seriously for American Scandie dancers ends up with several fat music binders and hundreds of tunes.

There’s enough overlap between the visiting music teachers (who may teach several workshops across the country) and the annual camps (which draw musicians from all over) that there’s a reasonable core repertoire shared by the enthusiastic players, and a subset of that which is familiar to many beginners.

That’s the good news. The bad news is the naming conventions for Scandinavian tunes, which are not useful, most of the time.

I’ve sponsored workshops, led musicians in groups (spelmanslag), and disseminated music. Naturally, I took my huge music binders and created a website for myself and my peers with a database of tunes. In particular, I tried to categorize every tune I was learning into a regional and/or dance genre (only one, arbitrarily) and I assigned each tune a unique number to identify it, so you could tell the difference between “Polska efter Lapp-Nils” (#1917) and “Polska efter Lapp-Nils” (#1991, #1992, #1993, …) and so forth. There are more than a few musicians now who use the site as an index to identify tunes for each other.

That was more than ten years ago. Just recently, I’ve rebuilt the site in modern web technology and this has forced me to look at all the tunes again. All 2000 of them (so far).

The limits of technology

In the early 1990s, I was looking for music printing software to use. The music printing industry was just starting to come up to speed with consumer tools for the purpose, but there was no clear “best” for home use, and the one I chose first ended up as a dead end. I got lucky with my next choice, Sibelius, which looks like the winner moving forward.

In addition to scores, I needed a way to clip the first few bars of each part as a visual representation for pages of incipits. That’s the easiest way to jog your memory for a tune you already know. 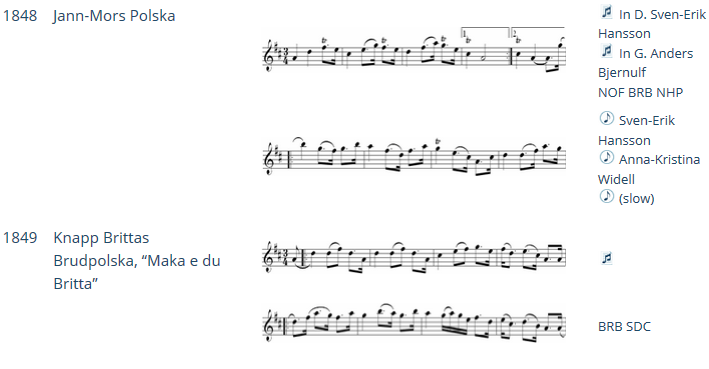 Eventually, my listing for each tune on the pages of incipits became encrusted with a sort of database crud — tune number & name, recommended dance genre to use it for, region of origin, graphic images of incipits, links to PDF score(s) with variants, links to workshop recording(s), and so forth. It wasn’t a true database, from a technology perspective (e.g., SQL), just an informal one.

And it failed at one basic task — I still had to carry around binders of scores for myself (if there were tunes I didn’t play often) or for others (for sight-reading), or at least mini-binders of pages of incipits, as a prompt. Not to mention music stands (for reference — I play from memory, not paper), clips to thwart wind-turned pages, etc.

This is the classic problem of applying formal structures to real-world problems. I wanted music with some fuzzy and multiple classifications, loose data associations, rigid identifiers, repeatable groupings, and portability.

Of course, I had all of that already (except for the rigid identifiers). I had a brain. 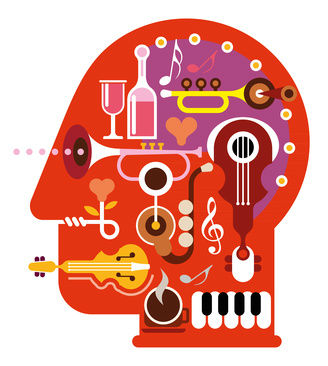 I may have a database of 2000 tunes that I’ve learned and played for Scandie dancing, but I have an audio collection of 16,000 Scandie tunes, just on CDs not to mention LPs  (many duplicate tunes by various musicians, of course). So, yes, I’ve listened to a lot of this stuff.

Frighteningly, I can recall very large quantities of it without necessarily remembering the performers or titles. Incipits function as a memory prod very well (“just hum a few bars and I’ll join in” really does work).

I find that musical memory isn’t quite like a database, which has discrete objects which are either present or absent. It’s more like a hologram. For a tune I’ve played, I may remember the music, but not the name. I may find I can’t recall how the B part starts. The details of one ending may have faded. If I’ve played the tune a lot, it’s also in the muscle memory of my fingers and my bowing arm.

I may remember the tune well enough to sing it in vocalise, without remembering how to finger or bow it — the technical problems are separate from the memory of the tune itself.

What I can’t do easily, without the prompt of incipits or tune lists, is to quickly, under pressure (while dancers are waiting), come up with a good tune for dance X or a familiar tune for fellow musicians for dance Y. And I hate those damn binders — even the smaller ones with just the incipits pages are an inch thick, and it takes a few moments to zero in on candidate tunes. 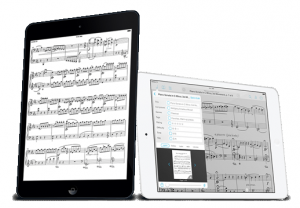 We’re not dealing with first generation software anymore. Technology has finally advanced to the point that it can actually be useful for the whole problem, not just part of it.

I’m a little late to the party, but I’ve just acquired an iPadAir 2, specifically for its ability to handle musical scores in the form of PDF files using the app ForScore. It’s taken a lot to overcome my Apple-phobia (I’m not a fan of “black box” technology).

Not only can I have all 2000 tunes available, if another musician needs to look on or I need to refresh my memory, I can also have PDF pages of incipits.

What’s even better is the underlying organizational flexibility. I can use the tune’s PDF metadata for fundamental identity, and add external keywords (e.g., “Favorites for Genre X”). I can group tunes into infinite setlists, by dance type, by “good for dance teaching”, by “homework on arpeggios”, and so forth. (Of course, this means I’ve just had to update the metadata for 2000 PDF files. Sigh…)

There’s a whole accessory industry to mount iPads to your music stand and turn pages with Bluetooth-enabled foot pedals. If you had a band where each player was equipped with an iPad, you could actually synchronize everyone’s score. If someone wants a copy of a tune just played, I can email it to them directly from the app.

And it doesn’t matter that I play for dances from memory, not paper. I still can use the assistance of the occasional prompt for performance and organizational cross-referencing via keywords and setlists.

A shiny new toy that weighs a pound vs one shelf-foot of overstuffed binders — not a tough call. 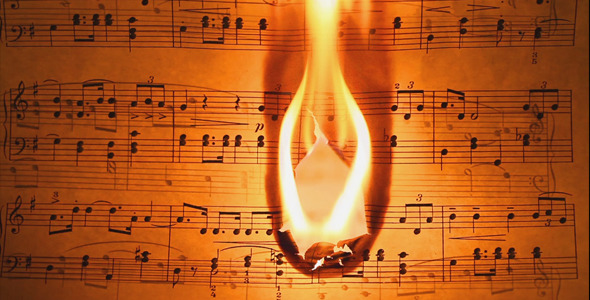