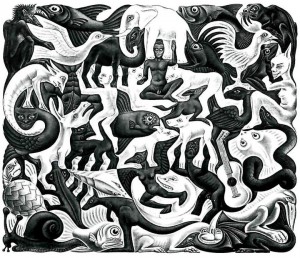 We are part of nature, an animal like other animals, and our minds preserve that heritage.

I’m conscious of this every time that I’m startled by a grouse shaking the bush along my path when it erupts and I take an involuntary step backward, preparing to fight or run, once I determine what threat is coming my way. My rational mind knows it’s ridiculous, but I’m the product of thousands of ancestors who decided that sometimes it really is a lion, and it’s better to treat it that way, and laugh about it afterward. The ones who didn’t, after all, were sometimes wrong enough that they left no trace. 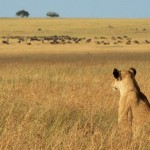 What do animals do? They observe. They watch the behavior of their mother and siblings, the way their herd, or pack, or flock treats its members. They watch their prey, if they are predators. And vice versa.

Humans, well, we watch everything. We’re fascinated by animals from our very earliest age. Not just our own family and tribe, but all animals. We can spend hours and days just watching them. 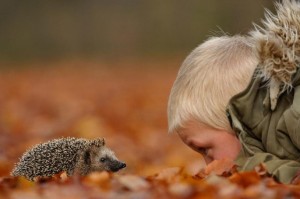 What do we learn when we watch animals? We learn, species by species and circumstance by circumstance, just what they are likely to do — depending on the season, the environment, the weather, their state of health, or lust, or maternity. We know they make their own choices, within circumscribed limits. We might not know why, exactly, but we know what — they’re like us, or they seem to be, even the alien ones like bugs. We learn how to predict what they will do. We are wired, I would say, to pay attention to animals this way, just as they pay attention to each other. They have agency, and we want to understand how they work.

Perhaps it makes us better hunters, better able to use them to alert us to dangers, better able to steal their food caches — that speculation is of no interest to me. What I’m concerned with here is our fundamental commitment to understanding them as independent creatures, separate from us. 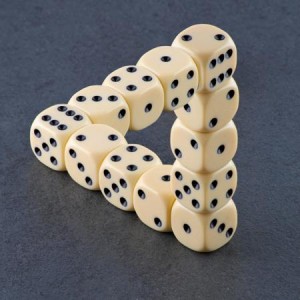 Why do I care about that? Gambler’s Fallacy. The belief, after the dice haven’t rolled a 7 in a long time, that you’re due for a 7. The certainty that a long series of red numbers on a roulette wheel must be followed by a black one, that someone with eight daughters must surely have a son next.

The human mind doesn’t do well with the concept of truly random events. We don’t believe in chaos, not fundamentally. Sure, once in a while a bad thing might happen, but mostly we can predict the behavior of our family and tribe, and the creatures around us. 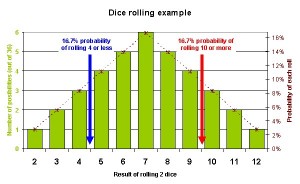 We’ve developed a rational mind, one that understands the rules of probability and statistics, and we rely upon it in our serious planning, in our civilization. But our gut doesn’t believe. And it’s our gut that makes our life-and- death decisions, the same decisions that kept our ancestors alive. We can overcome it with special training, but by and large we don’t.

If we give people random blinking lights to predict, and no statistical framework for their rational mind to work with, they’ll outdo themselves coming up with stories to predict the behavior they think they see. We must produce predictable order out of chaos, it’s how we’ve evolved. Even if we have to fool ourselves to do it. 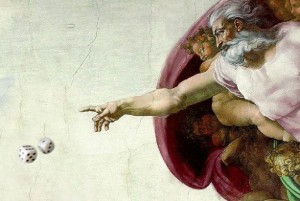 It’s our gut that believes in the Gambler’s Fallacy, and I think it’s because we can’t believe that the dice don’t have agency, the way that animals do. We can see that they are not alive, and yet… If we can’t predict the behavior of non-living things, perhaps something else is rolling the dice invisibly, influencing the outcome. Something alive, something we can study. Our gut needs something to predict when we gamble.

And so we create something we can talk to, bargain with, serve, threaten — something we can understand. Something that does play dice with the universe. Because anything is more comfortable to our animal minds than the indifferent and implacable world that our bare rationality discovers, true though it may be and however beautiful the structure of its icy rules may appear. From chaos it begins, as best we can tell, and it will end there. And that is cold comfort when you’re working with your contingent, evolved flesh and bone, just trying to stay alive another day. 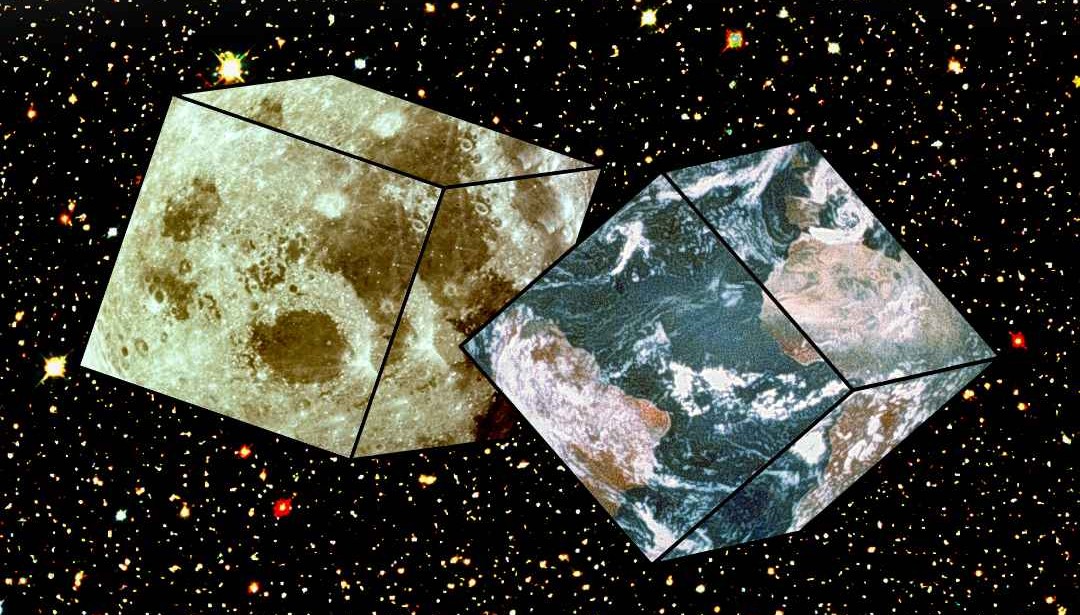