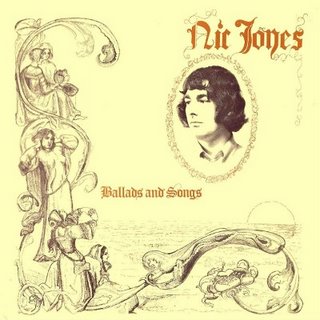 The traditional ballads of the British Isles are renowned for their vivid, but objective, style. Descriptions are generally impersonal (in contrast to the lyric songs), and characters establish their motives via direct dialogue, as in a play.

One of the better ballads is Little Musgrave, number 81 in Francis James Child’s collection The English and Scottish Popular Ballads: 1882-1898. Child collected as many manuscript and printed versions as he could find, and also described related ballads in Scandinavia and elsewhere in Europe. For Little Musgrave (familiar to Americans as Mattie Groves), he collected 15 versions, the earliest of which is dated 1658. Beaumont and Fletcher mention it in The Knight of the Burning Pestle (1613), the earliest known reference. 400 years have worked their usual transformation on the material, preserving what best pleases the singers.

Since we need a concrete example for discussion, I’ve selected a version recorded by Nic Jones, part of the English Folk Revival movement, on his album Ballads and Songs (1970). He heard or read more than one version, and in this recording collated elements of several around an American version. Like all such performances, this is a combination of traditional material and personal choices. He presents a very clean distillation of the story. Text.

Ballads often have several scenes or incidents. What strikes me in this ballad is the cinematic nature of the scene transitions.

One could easily come up with a different version of this story — Lord Barnard receives word from one of his spies, little Musgrave wakes up and contemplates leaving — but oh how much more effective the narrative is with its realized transitions. In each case, a person with divided loyalties is responsible (in other versions of the ballad, the page declares “although I am my lady’s footpage, I am Lord Barnard’s man”). On the one hand, we follow the runner to the greenwood, and on the other we follow the horn call back to Lord Barnard’s castle, as if we were flying through the air on the sound.

Singers, even those who learn a ballad in a traditional context such as a family, make personal choices about verses to include or omit, word choices, things to focus on. As you can see from a sample of the different versions collected by Child, this ballad is a structure with a cluster of common elements but a great deal of variation. Nic Jones’s performance contains some especially apt choices.

The extraneous elements (rewards for the page, regrets over the killing of the wife, Musgrave’s motives) are all pared down. The more barbaric versions of the wife’s killing are gone, the “folk process” (whatever that is) tending to reflect current sensibilities over time. The entire focus of the song is now the seduction, the choices, and the deaths. The ballad carries in all its versions an internal pause where the alarm of the horn competes with the sheltered bower of the lovers; if they had made another choice at that moment, they might have escaped the consequences. This performance poignantly repeats the first verse at the end, reminding us that the initial choices might also have been different.

As is common in ballads, the heroes do not lie; they face death bravely. Other versions have Musgrave wishing he could evade the consequences of his action, but this version is more subtle. Instead of dialogue, we see Musgrave move slowly to his death, the slowness being the sole manifestation of his regret. To make this reluctance more immediate, we switch to the present tense in verse 23.

Finally, perhaps it’s accidental, but I am struck by the rhetoric of verse 4: “What would you give this day, Musgrave, to lie one night with me?” Both day and night are little Musgrave’s last.