It is wonderful to have lived through the birth of the personal computer, and to be part of the computing industry. I have been a programmer and systems designer, and today everything I do has some computer aspect to it: professional work, photography, music, research, websites. With my background, they are not black boxes to me.

Computers are great machines, but they are bad tools at a very fundamental level.

I want to draw a distinction between a machine, which you set up and assign work to, and a tool, which you wield directly, as a human animal. What makes a tool great is its capacity to function as an extension of yourself, as though it were part of your body. Poking a hole with a stick is not importantly different from using a finger; the tactile and visual feedback is immediate in the same way. That stick is a tool.

Becoming adept at stick wielding (think: swordplay) is a matter of entraining muscle movements and responses to real-world feedback. If you have to think about the movement, it’s too slow. Animals like humans are well-equipped for this sort of learned skill. We learn how to walk, run, reach, throw, poke, and so forth as part of our repository of behaviors. Any tool we have that we can treat as a bodily extension is incorporated into our reactions in the same way, and we can become expert users.

In music, we speak of knowing a piece “in the fingers”. “The hands know how to play the tune”. We can add to that tacit skill our rational decisions, reacting to other musicians, to the emotions of the moment, to an experimental harmony, and so on. As beginners, we find that we have to “think too much” about what we’re trying to do. Music becomes a performance pleasure to the degree that our mastery is at our command to be directed as we will.

For this cognitive skill to work with something external to the human body requires one very special attribute: immediacy. If I touch something, I know something immediately: hot/cold, soft/hard, moving/still, noise/silence. Even if my sensory apparatus is compromised (numb fingers) or extended (stick, prosthetic), I receive immediate feedback of some kind that I can process directly with my developed somatic systems. 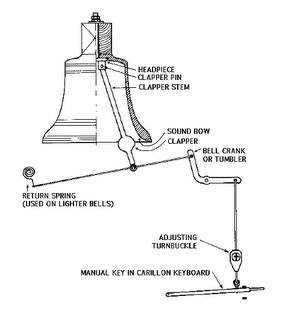 There’s a term for this immediacy in the world of computers: sub-second response time. That means, when you type something, the response should be effectively immediate. We haven’t had that on general purpose computers since we left the green screens for the graphical user interface (windows) environments.

We can incorporate some delay into our natural cognitive systems. To provide a musical example, playing the bass notes of a pipe organ or driving the mechanical linkages of a carillon creates a not insignificant barrier to the immediacy of feedback. Your hands will have moved on before the sound is audible. But in these cases, the extent of the delay is predictable and there is no impediment for proceeding before the feedback is received. So even though the response is not truly immediate, we are able to adjust without conscious thought about each movement.

How are machines different?

It’s not a matter of materials; a car is a tool from the perspective of the human animal who has mastered how to drive. A machine, for me, is something which can not be a direct extension of the human body because its feedback mechanisms are not aligned to support that. For example, when I treat a stain on my clothing and use a washing machine, I don’t know until the end of the process if my action was effective. The feedback is not immediate. While I can certainly accumulate a set of observations that make my treatments better, giving me an intellectual mastery, it is inherently difficult for me to “master” a washing machine the same way I can master a bass fiddle. It’s not at all related to the somatic knowledge of a physical skill.

There is a sliding continuum of such things, where feedback is delayed to a greater or lesser extent. If I take a picture with incorrect settings, I will discover this after the shutter click; the display that tells me about the problem is a separate perception. But it is very soon after the original error, so the mastery of the camera as a tool should be easier. Nonetheless, camera wielding expertise is an intellectual mastery, not a somatic skill. When the sun is bright, adjusting the exposure setting is not engrained in the body, like squinting is. For me, cameras are machines, not tools.

Before computers had graphical interfaces they were able to function rather well as abstract tools. With an expert knowledge of a software program you could type commands into a long keystroke buffer, much like playing a carillon, and the computer would process them in sequence until it ran out. As long as the delay wasn’t too long, this was much like playing an instrument with a slight delay, like an organ. The same muscle memory developed. I remember handwriting music on paper, and whenever I paused my left hand did an automatic twitch. When I thought about it, I realized it was typing “ctrl-S” for “Save” (on the paper), because that’s what you did whenever there was a pause in creating a computer document, just in case it crashed.

Once the “windows” metaphor was universalized as a graphical user interface (GUI), this effect was lost for general purpose computers. What computers gained in power and capability they lost in predictability of response and limitations on live input. If I have three software applications open, even if I minimize the use of a mouse and do as much as possible with keystrokes, I can not sufficiently accurately predict the operating system’s attention. The keystrokes that were intended for application two might end up in the window for application three. I need to look and, much worse, I need to wait for the system to catch up. There’s no serious “keystroke overflow buffer” to allow me to type ahead. This fundamentally breaks the ability to use the computer as a cognitive tool in my sense — it has become a machine instead.

All of us hate to wait for our computer’s response. I think the frustration has a more fundamental component to it. Despite its intellectual richness, I think we want the computer to behave like a musical instrument we can play that is mastered at the somatic level, and that is not currently possible. Without the immediacy of feedback, it’s like an instrument that cannot be learned, and yet anything with keys like that should be playable.